|
Definitely one of the most important problems dealing with the stability of hydroponic solutions is the availability of the iron (Fe+2 or Fe+3) ions. Since iron easily forms hydroxides and insoluble salts with other ions present in hydroponic media it becomes essential for us to provide iron in a way which is accessible to the plant and does not “come out” of the hydroponic solution through precipitation. Within the next few paragraphs I will talk to you about different iron sources available to hydroponic growers and which source is actually the best one we can use in hydroponic nutrient solutions. We will go through the different factors that make an iron source better or worse and finally we will be able to choose one as the ideal source for our nutrient needs.
What is the problem with iron ? The main problem we have with iron is that – unlike most other transition metal ions in hydroponic solutions – it is a very strong hard lewis acid which easily forms insoluble salts with many of the hard lewis bases within our hydroponic solutions. When iron is added to a nutrient solution in its “naked” form (for example when adding iron (II) sulfate) the ion easily reacts with carbonate, phosphate, citrate, oxalate, acetate or hydroxide ions to form insoluble compounds that make the iron effectively unavailable to our plants. To put it in simpler terms, iron ions have a chemical nature which is similar but opposite to that of many other constituents of our hydroponics solution meaning that when they meet together they form a “perfect match” that does not easily separate. 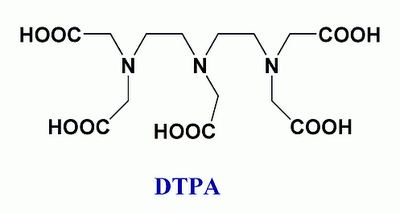