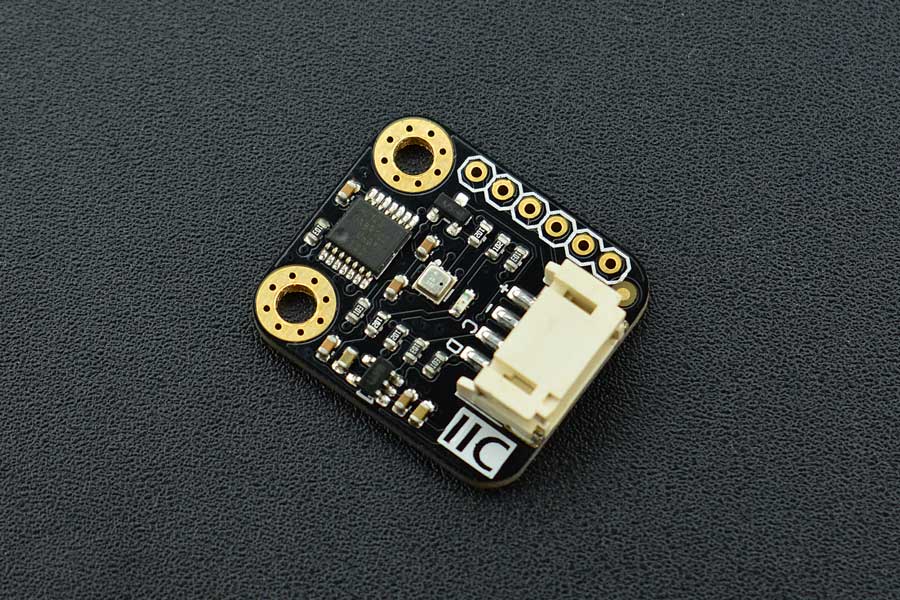 I have written in the past about humidity in hydroponics, especially how accurately measuring humidity is hard due to problems with the sensors. In my experience during the past 5 years with different humidity sensors in Arduino based automation projects I have tried different chipsets and have now reached a conclusion about my preferred chipset setup for the measurement of humidity in hydroponics. Today I want to share with you my experience with different sensors, what I think the best overall setup is and where you can buy breakout boards that use these chipsets to use them in your projects.

The first sensors I ever tried for measuring humidity in hydroponics where the DHT11 sensors which are the cheapest but have really poor accuracyand limited range. I then moved to the DHT22 sensors (also known as AM2302 sensors) which in theory have an accuracy of +/-3% but I had a lot of problems with the sensors dying on me as a function time, this was particularly the case when the sensors were places near plant canopy, where they could be exposed to much higher levels of humidity than those placed to measure overall room humidity values. We also tried using them in a commercial tomato greenhouse and the sensors placed near canopy failed miserably after only a couple of months. More infuriatingly, the sensors that did not outright die seem to have lost a lot of their sensibility, with increased hysteresis in their measurements as humidity changed through the days.

I then moved to the SHT1x humidity sensors – which were much better and more reliable – and these sensors became my go-to sensors for around a year. However I was increasingly concerned about problems with systematic errors, since all these sensors use a capacitive technique to measure relative humidity, so I decided to try other sensors that used different measuring methods. The only cheap sensor I could find using an alternative measuring technique was the BME280 – released within the last two years – which turned out to be a very reliable sensor. My default setup for measuring humidity has now become a 2 sensor setup where I connect one SHT1x and one BME280 sensor board to an Arduino and then make sure both sensors are within 2% to take a value or issue a control action. If the deviation between both sensors is above 2% then I make sure to be notified about it so that I can see if there is any problem with either of them. I was happy to learn that my conclusions are also supported by other people who have systematically evaluated humidity sensors.

Although I usually prefer the sensors from dfrobot for regular builds, as they are easier to use, you can find breakout boards or more elaborately packaged sensors with these chipsets at other places. In particular I have found the mesh protected SHT-10 sensor from Adafruit to be particularly useful for more demanding environments (like canopy, greenhouses or just outdoor sensing) which might be suitable for those of you looking for a significantly more robust solution to measure humidity, even if at a higher price. Adafruit also carries low cost breakout boards for the BME280 and the SHT-31D, which is a more accurate chip of the SHT family. In any case, I wouldn’t bother with the AM family of sensors, as they have proven to be less reliable than the above mentioned counterparts.

Last but not least, please make sure to contact me if you’re interested in getting my help or input to build a custom made sensing setup for your hydroponic facilities. Having wireless sensing and controls, all integrated into a centralized sensing unit, is perhaps one of the best ways to get reliable real-time data and enhance the control and decision making processes within your hydroponic facility.

Leave a Reply to The cricket IoT board: A great way to create simple low-power remote sensing stations for hydroponics – Science in Hydroponics Cancel reply