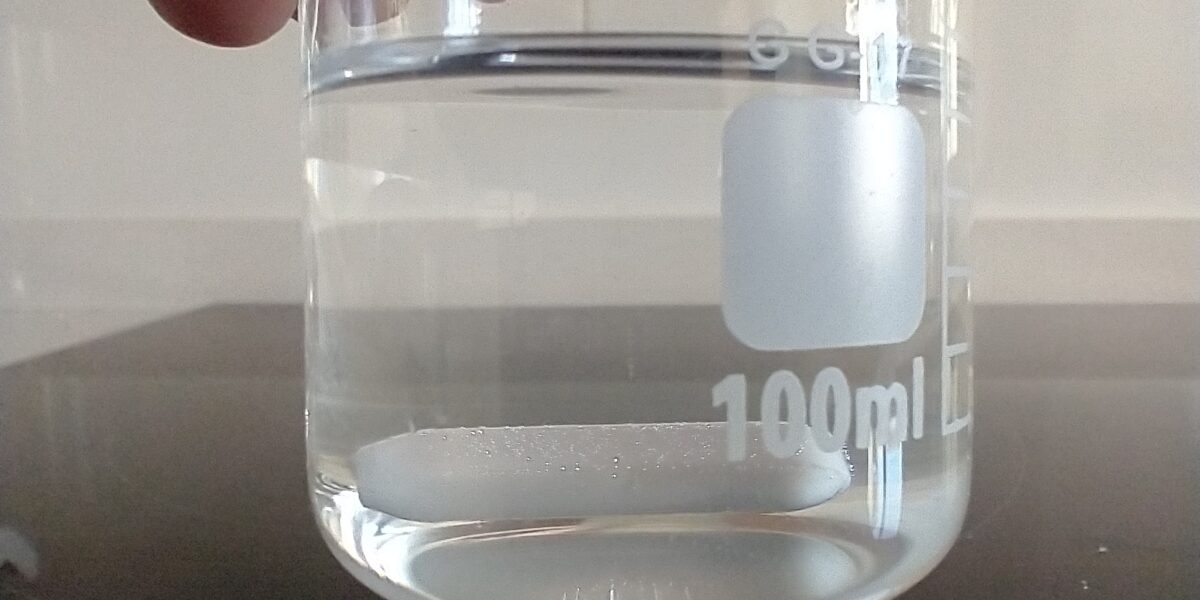 In a previous post, which you can read here, I gave a procedure for the preparation of a stabilized mono-silicic acid using from potassium silicate. The procedure called for the usage of several stabilizing agents, including carnitine and propylene glycol, with phosphoric acid being used as the acidifying agent.

After trying this synthesis myself and talking with other people who tried this process, it seemed clear that the success rate was low and that the process was just too complicated and imprecise for most people to carry out (especially for the patience needed for the addition of the solid potassium silicate). There is a detailed discussion about this procedure, as well as mono-silicic acid synthesis in this forum thread.

Given these issues, I decided to look for a potentially easier synthesis starting from cheaper, more readily available materials, avoiding the use of Propylene Glycol (which concerned some people) and trying to simplify the steps involved.

The procedure I came up with simplifies the process by relying on the interaction of silicic acid with sorbitol as a stabilizing agent. This stabilization process is well documented in the literature (see here) and is caused by the formation of highly stable polyolate complexes between mono-silicic acid and molecules like sorbitol. These complexes form because molecules like sorbitol have adjacent hydroxy groups in what we call a threo configuration. These do not exist in sugars like glucose or sucrose, reason why these do not work for this process.

The raw inputs you will need are as followed

If using AgSil16H follow this process first. In a 1000mL beaker, add 70g of AgSil16H and 450mL of distilled water. Stir – ideally with magnetic stirring – until the silicate has all dissolved. This will be the silicate solution.

This is now the procedure to prepare the stabilized ortho-silicic acid solution (700mL):

The above process creates a stable mono-silicic acid solution that has an Si concentration of around 1% of Si as SiO2 and around 0.6% K as K2O. Used at 8mL gal it should provide around 20ppm of Si As SiO2 and 10 ppm of K.

A previous version of this procedure used 50mL of 80-85% phosphoric acid. However, phosphoric acid seems to generate solutions that are unstable after 1-2 weeks of preparation. Solutions prepared per the above process have been confirmed to be stable for at least 1 month.

Did you try it? How were your results? Let us know in the comments below!