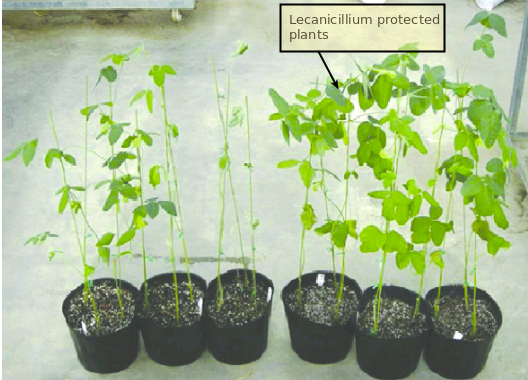 Without a doubt aphids are one of the most common pests affecting crops worldwide. There are both root and leaf aphids, the former which generally live only around plant roots – producing winged offspring only to infest new plants – while the later live generally in plant stems, leaves and – when infestations are bad enough – even within plant flowers and fruits. Today we are going to talk about several alternatives to deal with aphids, from traditional insecticides to more natural alternatives such as biocontrol options. We are not going to discuss mechanical options here – we’ll leave that to part two – as we’ll focus only on chemical and biological control within this first part.

There is one clear winner when controlling aphids. At the present time nothing will beat neonicotinoids in fighting aphids as these insecticides are very effective against a wide range of sucking insects (which are insects that suck material out of plant tissues). Originally made during the mid 1980’s and massively popularized during the 1990’s (see here) insecticides like imidacloprid have been huge winners in the fight against aphids. They are applied via soil applications – no need for foliar applications – where they are absorbed by the roots and effectively make plant tissue completely toxic for aphids, affecting their nervous system.

However everything is not rosy with insecticides like imidacloprid. Neonicotinoids affect beneficial insect populations – bees in particular (see here) – so they are not good for the environment in general. As a secondary problem they also remain within plants for a really long time so they should only be used when plants are a significant time away from harvest (at least 60 days is usually recommended). When using on edible crops make sure you get a formulation that has been specifically designed for this purpose (like this one). However some legislations require no imidacloprid to be present in plant tissue meant for human consumption so it is important to check with regulatory guidelines regarding its use. There are several studies showing how imidacloprid can accumulate in fruits and flowers (see here for an example in maize, here for an example in tomatoes).

Perhaps we can resort to less damaging alternatives but still control aphids effectively. Predatory insect applications don’t work very well (another post about this coming soon!). But one of the best alternatives I have found so far is to use Lecanicillium Lecanii – and other Lecanicillium species – as a parasitic fungus to attach the aphids. Not only are they effective in attacking aphids but they can also be used as a two-for-one control against powdery mildew and other pathogens as well (see here, here and here). I have had a few recent experiences with customers that have had good success using such fungi to control aphids in several crop types, including parsley and tomatoes. I have had great personal success in parsley, basil and mint plants. These two are the products that I have seen used containing this fungi (here and here). Image below taken from this paper and first image in this post taken from this paper. 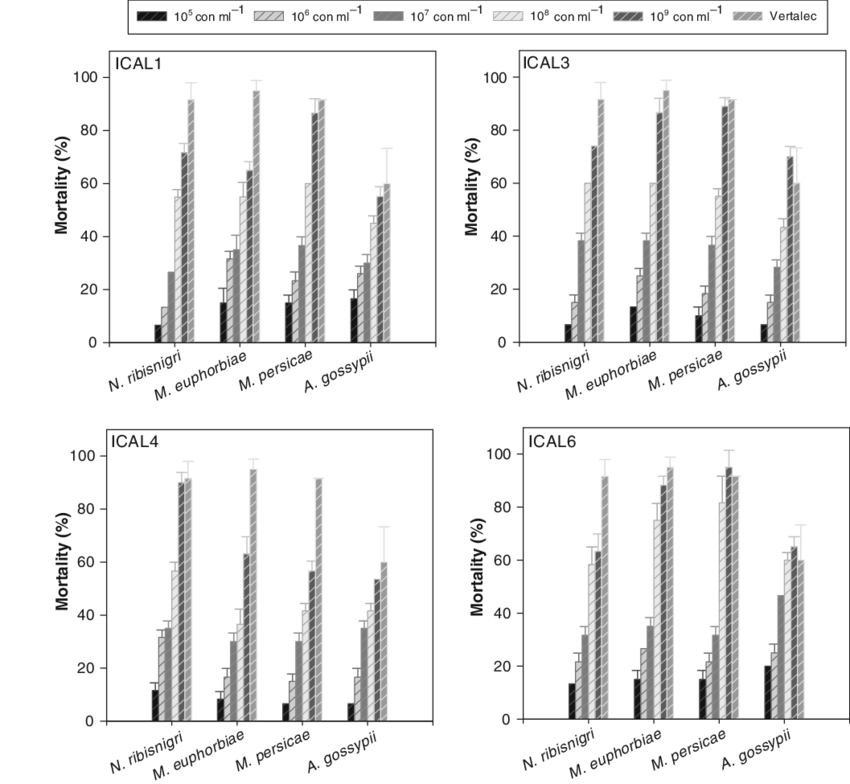 There are also some naturally occurring insecticides that can be used, such as neem oil based products. The problem with these insecticides is that they do work – sort of- depending on the plant and aphid specie you are trying to tackle (see here). Generally 0.2-0.5% emulsions of the oil are effective against aphid populations with such application generally killing most aphids when they work (see here and here). Although neem oil applications shouldn’t be considered as a stand-alone solution they can provide a strong head-start when dealing with aphid infestations since they can kill a large portion of the population – if they are susceptible – without harming beneficial insects that might be predating on the aphids already. Last image in this post taken from this paper.

For root aphids the option to use beneficial nematodes also exists. These worms enter the insect bodies and feed on their internal fluids, killing them in the process. However in contrast with fungal spores nematodes do actively seek their pray, so they will hunt the aphids down within the media while a fungal spore needs to meet the aphids randomly. Single nematode species like Heterorhabditis bacteriophora can attack aphids although combinations using other nematode species are usually more effective since different nematodes usually attack different species with different efficiencies (see here). Mortality rates when using nematodes are usually at most around 80% so they need to be effectively used in combination with other methods to provide effective control.

As you can see there are several options for aphid control in your crops. Although using synthetic insecticides like imidiacloprid might be the most effective alternative there are in fact other options that can also be used successfully if the use of a neonicotinoid is not desired. Application of Lecanicillium species has shown to be most effective in peer reviewed studies while nematode and neem applications can help compliment this approach and provide a defense against other insects and pathogens. On the next post in this series we’ll talk a bit more about additional aphid control using mechanical means that are neither chemical nor biological.

Subscribe Today!
Receive our FREE blog post updates and monthly newsletter
We respect your privacy. Your information is safe and will never be shared.
<img class="lazyload" src='data:image/svg+xml,%3Csvg%20xml