Are Iron chelates of humic/fulvic acids better or worse than synthetics?

Science in Hydroponics > Uncategorized > Are Iron chelates of humic/fulvic acids better or worse than synthetics? 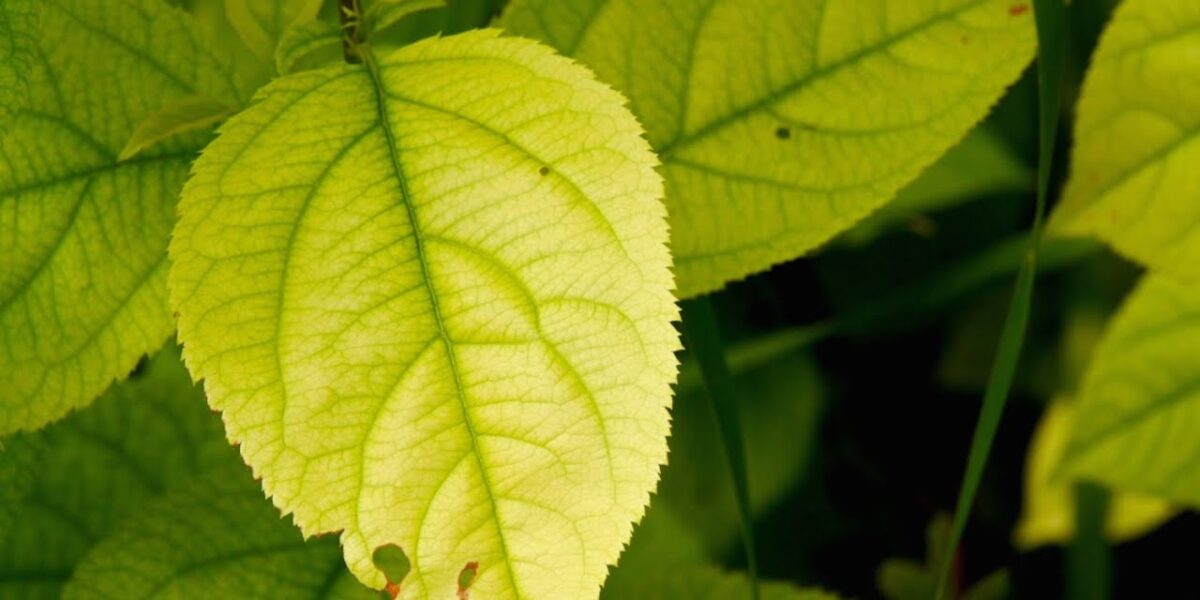 Why Fe nutrition is problematic

Plants need substantial amounts of iron to thrive. However, iron is a finicky element, and will react with many substances to form solids that are unavailable for plant uptake. This is a specially common process under high pH, where iron can form insoluble carbonates, hydroxides, oxides, phosphates and even silicates. For this reason, plant scientists have – for the better part of the last 100 years – looked for ways to make Fe more available to plants, while preventing the need for strategies that aim to lower the pH of the soil, which can be very costly when large amounts of soil need to be amended.

In hydroponics, the situation is not much better. While we can add as much Fe as we want to the hydroponic solution, the above processes still happen and the use of simple Fe salts (such as iron nitrate or iron sulfate) can lead to Fe deficiencies as the iron falls out of solution. This can happen quickly in root zones where plants aggressively increase the pH of solutions through heavy nitrate uptake.

For a better understanding of the basics of soil interactions with microbes, plants and the overall Fe cycle, I suggest reading this review (6).

Synthetic chelates to the rescue

The above problems were alleviated by the introduction of synthetic iron chelates in the mid 20th century. The chelating agents are organic moieties that can wrap around the naked metal ions, binding to their coordination sites. This kills their reactivity and ensures that they do not react with any of the substances that would cause them to become unavailable to plants. Plants can directly uptake the chelates, take the iron and push the chelate back into solution, or they can destroy the chelate and use its carbon within their metabolism.

Chelates can bind Fe very strongly though, and this is not desirable for some plants that do not have the enzymatic machinery required to open these “molecular cages”. Studies with monocots (1) – which are grasses – have often found that these plants respond poorly to Fe supplementation with molecules like Fe(EDDHA), a very powerful chelate. So powerful in fact, that not even the plants can get the Fe out. For these plants, weaker chelates often offer better results, even at higher pH values.

Another problem is that many of the synthetic chelates are not very good at high pH values. When the pH reaches values higher than 7.5, chelates like EDTA and DTPA can have problems competing with the much more strongly insoluble salts that form at these pH values. The chelated forms are always in equilibrium with the non-chelated forms and the minuscule amount of the non-chelated form drops so quickly out of solution that the entire chelate population can be depleted quite quickly. (2)

Chelates that respond well to high pH values, like EDDHA, are often much more expensive. In the case of EDDHA, the presence of a lot of isomers of the EDDHA molecule that are weaker chelates, also creates problems with quality control and with the overall strength of each particular EDDHA source. The EDDHA is only as good as its purification process, which makes good sources even more expensive (3, 4).

An additional concern is the oxidation state of the Fe. While Fe chelates are usually prepared using ferrous iron (Fe2+), these iron chelates are quickly oxidized in solution to their ferric iron (Fe3+) counterparts, especially when the solution is aerated to maintain high levels of oxygen. Since Fe3+ is both more tightly bound to chelates and more reactive when free – so more toxic when taken up without reduction – plants can have an even harder time mining Fe3+ out of chelates (5, 7).

Then there are naturally occurring chelates

There are many organic molecules that can form bonds with the coordination sites of Fe ions. Some of the reviews cited before go into some depth on the different groups of organic molecules that are excreted by both plants and microorganisms as a repose to Fe deficiency that can lead to improved Fe transport into plants. Some of these compounds are also reductive in nature, such that they can not only transport the Fe, but reduce it to its ferrous form such that it can be handled more easily by plants.

Among the organic compounds that can be used for Fe chelation, humic and fulvic acids have attracted attention, as they can be obtained at significantly low costs and are approved for organic usage under several regulations. You can read more about these substances in some of my previous posts about them (8, 9). In particular, humic acids are more abundant and are formed by larger and more complex molecules compared to fulvic acids.

The ability of these substances to chelate Fe is much weaker than that of synthetic chelates. The pKb shows us the strength of the binding equilibrium of the chelate with the free metal ion (you can see the values for many metals and chelating agents here). The value for EDTA is 21.5 while that of most humic and fulvic acids is in the 4-6 range (10). This is a logarithmic scale, so the difference in binding strength is enormous. To put things into perspective, this difference in binding strength is of the same magnitude as the difference between the mass of a grain of sand and a cruise ship.

There aren’t many studies comparing synthetic and humic/fulvic acid chelates. One of the most explicit ones (11) compares solutions of Fe sulfate (which we can consider unchelated) and Fe(EDDHA) after additions of fulvic or humic acids in the growth of Pistachio plants. At pH values close to those generally used in hydroponics (6.5) there is hardly any difference between any of the treatments while at higher pH values we have substantially better uptake of Fe in both the EDDHA and unchelated iron treatments when supplemented with either fulvic acid or humic acid.

The idea of using humic acids as a compliment of traditional chelate based fertilization to alleviate high fertilization costs has also been studied in citrus (13). This study confirms some of the findings of the previous one, where additions of humic acids to solutions already containing Fe(EDDHA) provided a more beneficial role than simply the use of the pure humic acid substances or pure Fe(EDDHA) fertilization. Another study on citrus (14) showed that humic acid applications could in fact provide Fe supplementation in calcareous soils (these are soils with high pH values). This shows how humic acid fertilization can rival Fe-EDDHA fertilization.

In another study of leonardite iron humate sources and EDDHA in soybean roots (12) it is apparent that accumulation of Fe in shoots and roots is much worse under the humic acid treatments. In the conclusions of the paper, it is highlighted that the high molecular mass of the leonardite constituents might block the roots of the soybean plants, therefore making it difficult for the plant to transport Fe. However, this study does show that the accumulation of these humic acids in the root zone does promote a decrease in the expression of genes that create Fe transporters and Fe reducing enzymes, pointing that the plant is indeed under less Fe deficiency stress. Another important point is that cycling the humic acid application promotes the absorption of accumulated humic acids, cleaning the roots and allowing for better transport of the Fe in the roots.

How does this work

An interesting point – as I mentioned before – is that humic/fulvic acids are incredibly weak chelating agents. This means that they should release their Fe to the bulk of the solution, which should lead to Fe depletion and deficiencies, as the Fe precipitating mechanisms are thermodynamically much more stable. However this is not what we consistently observe in the studies of Fe nutrition that try to use humic/fulvic acids, either with or without the presence of additional synthetic chelates.

The reason seems to be related with the kinetics of Fe release from these substances. While the stability constants of the chelates are weak – therefore they will release and precipitate in the long term – the bulkiness of the ligands and the complex structures surrounding the metals, makes it hard for the metal to actually escape from the chelate structures around it. However, the fact that the bonding is thermodynamically weak, ensures that the metal can be easily transported once it leaves the organic chelate structure.

Another point is that humic/fulvic substances are reductive in nature, which means that they will protect Fe2+ from oxidation by either microbes or oxygen dissolved in solution. They are also sometimes able to reduce Fe3+ present in solution back to Fe2+, which can help with the uptake of this Fe by the plant’s root system.

The nature of the above structures and their reductive power depends fundamentally on the actual humic/fulvic acid used, so – as with all cases pertaining to fulvic/humic substances – the source you use will play a big role in determining the final outcome you get.

What chelates are the best?

Current research shows that Fe(EDDHA) and similar chelates, despite their high stability constants, are not perfect. While they can provide ample iron for dicots and can cure Fe deficiencies in the large majority of cases for these plants, these strong chelates are often very expensive and their use as sole Fe sources might be impractical for many cases in traditional agriculture and hydroponics/soilless growing.

The use of humic/fulvic acids complimented with either unchelated Fe or with some lower proportion of stronger iron chelates, seems to be a better overall choice in terms of both plant uptake and economic expense. As shown by several studies mentioned in this post, the effect of humic/fulvic acids and synthetic chelates might actually be synergistic, with both providing different advantages that can be complimentary in hydroponic solutions. These humic/fulvic acid solutions might also be much more favorable for monocot species, where the use of highly stable Fe(EDDHA) chelating agents does not cure deficiency symptoms.

The take away here is that chemical chelate strength is not the only thing to consider. The kinetics of the chelate dissociations, as well as how the chelates interact with the root system, for example how the plant can actually take the Fe outside of the chelating system, are all very important to establish whether the Fe is effectively absorbed and transported by the plants.

Please note that the topic of Fe nutrition is extremely extensive and while the above is intended to be a short introduction to the topic of humic/fulvic acids and how they compare to synthetic chelates, it is by no means an exhaustive literature review.

Are you using fulvic or humic acids for Fe nutrition? Let us know what your experience is in the comments below.