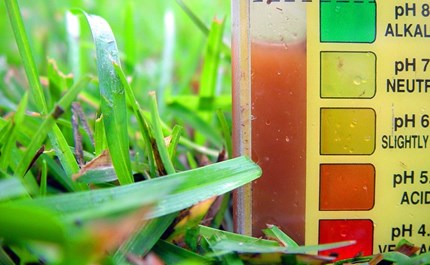 Plants require specific conditions within their root zones to give optimal yields. The negative of the logarithm of hydronium concentration (a.k.a pH) is a very important measurement that tells us if the root zone is too acidic or too basic for our plants. However pH is affected by many different variables, making the calculation, theoretical understanding and modification of this variable difficult – and often very puzzling – for a significant percentage of growers. Today I want to go into how we can understand these pH changes from a qualitative perspective to get an idea of how pH can be expected to change in solution if we modify one variable within our hydroponic crop.

The final pH in the root zone of a hydroponic crop will mainly depend on the following factors: Chemical species in solution, plant absorption/secretion and media reactions. Basically we need to consider the chemistry of the solution, the way plants absorb nutrients and the chemistry of the media. The size of these effects relative to one another is also very important to consider.

In a normal hydroponic crop with a nitrate rich solution plants will tend to absorb more nitrate than any other ion, which will tend to increase pH as plants will excrete bases when they take anions in. Since the effect of nitrate in pH is very small the net effect is a substantial increase in the pH of the nutrient solution. Anions like citrate can also cause increases in nutrient solution pH due to a similar reason, they can be strongly taken in by plants and generate upside drifts.

The effect of anion absorption can be offset by acids present in solution. Phosphorus is most commonly present in hydroponics at a pH of 5.8-6.2 as H2PO4(-) which is a weak acid that is able to react with the bases excreted by plants. This means that higher P containing solutions will tend to drift less towards the upside than solutions that contain more P. This is a common reason why yields are usually better for less experienced growers when higher P solutions are used, because they are more forgiving to pH drifts due to their higher buffering capacity towards the upside at the pH used in hydroponics. When we add P the effect of the buffer is way bigger than the effect of P absorption, as P is not absorbed in very high concentrations by plants.

When you increase or decrease the concentration of an ion in solution you need to consider if it will be absorbed, how strong its absorption will be relative to other ions and how this relates to the chemistry of this ion in solution. For example citrate provides a relatively strong buffer towards both upside and downside moves at a pH of 5.8-6.2 but its absorption by plants negates this effect and generates a net drift towards the upside in solution in most cases.

Species that are not absorbed so significantly – like bicarbonate ions – are better at buffering moves towards the upside, since they provide a weak acid to react with plant secretions without providing a very significant source of anions for the plant to absorb and exchange for more basic species.

This exact same logic can be applied to positive ions that are easily absorbed by plants. Adding ammonium generally causes strong decreases in the pH due to plants exchanging ammonium with hydronium ions. However this effect can be compensated by adding things that cause upside drifts either through absorption or through buffering effects. Adding ammonium citrate to a nutrient solution causes a rather balanced effect due to both the ammonium and citrate absorption/buffering compensating.

The media is also very important to consider as non-neutral behavior will tend to strongly drift pH due to the mass of the media within the hydroponic setup. To prevent this problem it is not uncommon to treat media with a buffer before use, although this can become prohibitively expensive quickly if large volumes of media are used. It is more common to deal with the quirks of the media using nutrient solution chemistry. To get an idea of how your media affects pH you can let your media soak in nutrient solution and notice how pH evolves as a function of time. If the pH increases or decreases you’ll get an idea of what you should expect and the think about how you might want to handle it.

Media that decompose – particularly peat moss – will tend to acidify and become more and more acidic with time. This effect can be so strong that the only reliable solution is to amend with some low solubility base that can offset this effect with time (such as limestone). This is however problematic since the base will tend to run out towards the flowering stages of crops, where its help is most needed to offset potassium absorption. For this reason it’s usually more manageable to use a media like coco coir, which has a more stable pH profile and will not tend to “fight growers” through the crop cycle.

As you can see pH in hydroponics can be a complicated issue. When it starts to drift you need to immediately think about what the source of the ions is. If the pH increases you have a contribution of basic ions that exceeds the strength of the weak acids in solution, while the exact opposite is the case if the pH decreases. What is the source of these ions? Is the plant absorbing more of something? Do we need to add something to counter the effect? Is the media the culprit? Start asking and trying to answer these questions and it will become easier to understand why your pH is drifting and what you might be able to do about it.