Why do NPK labels express P and K as oxides?

Science in Hydroponics > Article > Why do NPK labels express P and K as oxides? 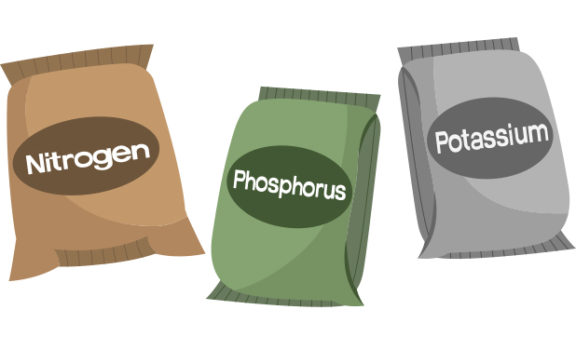 If you have had any contact with the fertilizer world you have probably noticed that fertilizer labels contain N-P-K values on their front and back labels, denoting the chemical composition of nitrogen, phosphorus and potassium available within the product. However you will soon learn that while N is elemental composition – the actual percent of the fertilizer by weight that is nitrogen – P and K are expressed in more confusing terms, mainly the oxides K2O and P2O5. Why do we keep expressing these elements as oxides? Is there any actual reason why expressing them as oxides would be better? What’s the point? In today’s post we’ll talk about fertilizer and fertilizer analysis, we’ll talk about why P, K and other elements are expressed as oxides and why this continues to be the case.

I have heard people talk about the expression of K as K2O and P as P2O5 as a consequence of K and P not being actually present in their elemental forms in the fertilizers but as other substances. The argument being that it is preferred to express these elements as their available forms, instead of their elemental forms. However this argument has many problems. The first is that K2O and P2O5 are also not present within the fertilizer, as these two are also very reactive forms of these elements. Potassium in particular is always present as K+ ions, reason why it would make more sense to express it as elemental potassium and P is actually present most commonly as either H2PO4-2 or HPO4–, all of these pretty far away from the phosphorus pentoxide form that the label describes it as (P2O5 is not phosphate). Nitrogen is also not present as elemental N, but it is present most frequently as either NO3– or NH4+ ions (although urea and amminoacids are also common forms of N in non-hydroponic fertilizers).

Why is N expressed as elemental N and K and P are not? The reason has to do with the way that these elements were quantified in the past when doing chemical analysis. Before we had access to modern techniques – such as inductively coupled plasma mass spectrometry – the elements were quantified using more complicated analysis procedures. The nitrogen was usually quantified using methods such as Kjeldahl nitrogen analysis because it would become volatile when the sample was burned, while the other elements were quantified from a calcined sample, meaning the sample was exposed to high temperatures to eliminate all water and carbon within it before the analysis. This ash would contain all non-volatile elements and when determining K and P from these ashes you could sometimes actually quantify K2O and P2O5. From an analytical chemistry perspective, it made sense to express all non-volatile elements as oxides, because the concentration of these oxides was what you were actually measuring in the lab after you calcined the sample. This practice was very common in inorganic chemistry in general, because analysis of many non-volatile elements tended to follow a similar path. The above is certainly an over-simplification, you can read more about analytical methods used in the early days of fertilizers here, if you do so pay special attention to the references in that paper.

In the past knowing the composition of fertilizers expressed in this way made sense, as labs could basically eliminate an additional conversion step when reporting and comparing results. Note that in those days – 1930-1950 – there were no pocket calculators and everything needed to be calculated entirely by hand, so saving calculation steps was considered less trivial than it is right now as someone would actually need to make all those conversions using pen and paper. If you have to analyse 30 fertilizer samples in your lab then you would rather report a number closer to the one you directly measured instead of having to do 30 additional calculations by hand to get to another number. Since all labs were measuring these elements in similar ways, everyone agreed that it made sense for fertilizer labels to be N-K2O-P2O5.

We no longer do things this way, as the methods and tools available to the analytical chemist have changed through time, but we keep this trend of reporting things in this manner in order to have coherence with past NPK labels. We have measured NPK in this manner for almost a century – the era of modern fertilizers starts in the early 1930s – so it would be a nightmare to change since it would become difficult to know when looking back which values were expressed as K2O and P2O5 and which ones as actual elemental P and K if the change was made.

So expressing K and P as K2O and P2O5 makes little sense in the modern world. We do it because we inherited this from the birth of the fertilizer era and we do it because making the conversion in these times is trivial and maintains coherence with all our previous reports of fertilizer compositions. However it is important to realize that K2O and P2O5 are not the actual forms that these elements have in fertilizers and that we simply express them this way through mathematical operations. Just image you’re saying: “If the K present in this fertilizer was actually all K2O, then it would be x% of the mass of the fertilizer”.