Why red and blue LED grow lights never took off 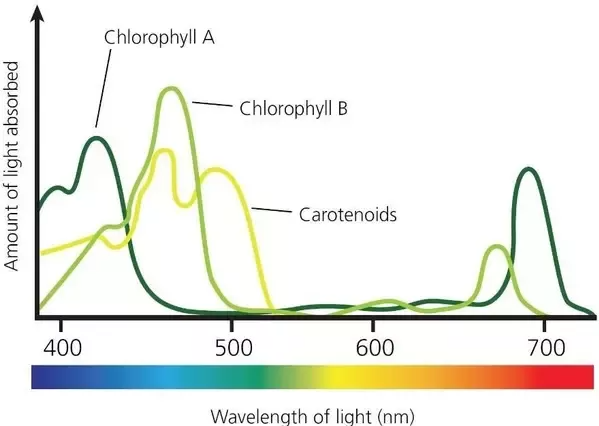 Anyone who has been growing plants for a while has probably seen a chart showing the absorption profile of chlorophylls A and B, as shown in the image below. From this it seems that most of the light absorbed by plants has a wavelength below 500 nm or above 650nm so it seems incredibly straightforward to hypothesize that plants can be effectively grown just using light in these regions. The commercial answer to this hypothesis came in the form of the red/blue growing LED light, which give the plant energy that it is “best suited” to absorb and avoids “wasting” any energy in the generation of light that will not be absorbed anyway (but just reflected away by the plants). However these grow lights have been an overall failure so far – with the vast majority of the industry now shifting onto full spectrum LED lights – why has this been the case?

When the cost of red/blue lights dropped enough, there was a significant move to evaluate them in the scientific community to figure out how they affected plant growth. It quickly became clear that plants could be grown with these new lights and that the products could be as healthy as those produced under normal full spectrum lights. However some issues started to become noticeable when these red/blue lights started to move onto larger commercial applications. Although the commercial application of these lights in large fruiting plants is practically non-existent due to the high cost of supplemental lighting, their use was feasible for some small leafy crops – for example lettuce and spinach – which could be grown under high density conditions in urban settings. Their main use however, was in the cannabis growing space, which is one of the only high-cost crops that is grown largely under supplemental lighting when far from the equator.

Most people who tried this soon realized that the growing of plants wasn’t equal to that obtained when using fuller spectrum lights, such as HPS or even metal halide lamps, even at equivalent photon flux values. Although scientific publication in cannabis are scarce, this 2016 report (1) shows that white lights in general did a better job at growing the plants compared to the blue/red lights. Other research (2) shows that the blue/red lights can also affect the chemical composition of secondary metabolites, which makes the decision to move to red/blue LED grow lights affect the quality of the end-product.

It has also been shown that green light is not entirely unused by plants, but can actually have important functions. This review (3) goes into many of the important signaling functions of green light and why it can be important for healthy plant growth. Some researchers also started doing experiments with red/blue/green grow lights, showing the positive effects of including some green light in the composition (4). It has also been shown that other regions of the spectrum, such as the far-red (5) can also contribute substantially to photosynthesis and the regulation of plant biological processes. Ultra-violet light can also contribute substantially to the expression of certain molecules in plants. A paper evaluating cannabis under several different light regimes shows how the composition of the light spectrum can manipulate the secondary metabolite makeup of the plants (6).

Finally, the last problem in the grow light phenomenon, especially in the case of plants like cannabis, came from the fact that plants look black under this red/blue light. This meant that growers were completely unaware of any potential problems that developed, as the plants were virtually invisible to them through their entire lifetimes. This was one of the main reasons why these lights were never widely adopted, as they made the diagnosing of nutrient issues and insect issues – which are relatively easy to diagnose under full spectrum lights for an experienced grower – almost impossible to do with these red/blue growing panels. In practice a large commercial operation relies heavily on the experience and on-going evaluation of the crop by the on-site personnel and failure to have this useful check in the process is a recipe for disaster.

The LED industry learned from these problems and has since gone into the development of full spectrum high efficiency growing panels for the hydroponic industry. These will certainly become the future and standard in the in-door hydroponic industry, especially if prices continue to come down as a consequence of mass adoption. Having full spectrum lights that are way more power efficient than HPS and MH lamps will offer growers the chance to save a lot on costs while maintaining, or even improving, the quality and yield of their crops.