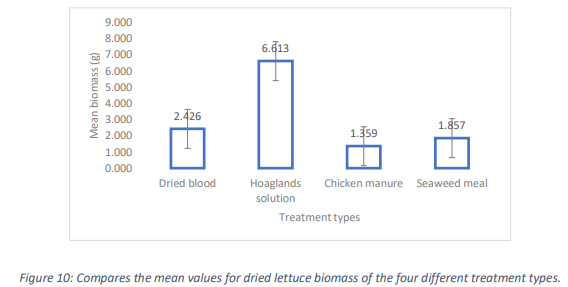 Nitrogen is a critical nutrient for plants. In hydroponics, we can choose to provide it in three ways, as nitrate, as ammonium or as organic nitrogen. This last choice is the most complex one. It contains all possible nitrogen-containing organic molecules produced by organisms, such as proteins and nucleic acids. Since nitrate and ammonium are simple molecules, we know how plants react to them, but given that organic nitrogen can be more complicated, its interactions and effects on plants can be substantially harder to understand. In this post, we will take an evidence-based look at organic nitrogen, how it interacts in a hydroponic crop and how there is a proven way to use organic nitrogen to obtain great results in our hydroponic setups.

Effects of organic nitrogen in hydroponics

How to solve these issues

As we’ve seen, the main problem with organic nitrogen is that plants cannot uptake it efficiently. However, the nitrogen cycle provides us with mechanisms to convert organic nitrogen into mineral nitrate which plants can readily metabolize. The best way to achieve this is to prepare compost teas using the organic nitrogen source to create a nutrient solution that is better suited for plants. The use of nitrifying organisms provides the best path to do this. These organisms are present in a variety of potting soils and composts, but can also be bought and used directly.

This study (7) showed how using goat manure coupled with nitrifying bacteria was a viable path to generate a nutrient solution suitable for plant growth. Another study (8), also using manure, confirms that viable nutrient solutions can be created and used to grow crops successfully when compared to hydroponic controls. Manure, as an animal waste product, contains a lot of the macro and micronutrients necessary for plant growth, providing an ideal feedstock for the creation of a full replacement for a nutrient solution.

Another interesting study (9) uses vegetable sources in order to study the creation of such solutions. I recently used this study to create a detailed post about how to create a nitrate-rich compost tea for use in hydroponics starting from corn steep liquor and bark compost as inputs.

Organic nitrogen sources, by themselves, are not suitable as the main source of nitrogen for plant growth. This is especially true of very complex nitrogen sources, such as those contained in blood meal, corn steep liquor and fish emulsions. However, we can take advantage of nitrifying bacteria and use these inputs to create nitrate-rich solutions that can be used to effectively grow plants. This is a proven solution that has been tried and tested in multiple studies and in nature for hundreds of thousands of years. Instead of attempting to use organic nitrogen sources either directly in the hydroponic solution or as media amendments, create compost teas with them that contain readily available mineral nitrate instead.

Do you use organic nitrogen in hydroponics? What is your experience?