The value of Fulvic Acid in hydroponics

Science in Hydroponics > Article > The value of Fulvic Acid in hydroponics 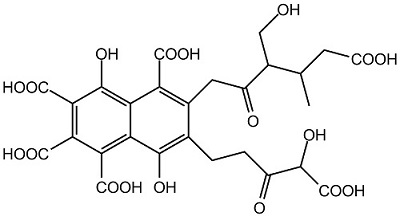 Fulvic and humic acids have been studied for decades and used extensively in the soil and hydroponic growing industries. I previously talked about the use of humic acid in hydroponics and the way in which it can improve crop results. In that post, we talked about how humic acids can improve nutrient chelation and how this can lead to improvements in yields depending on the origin and properties of the humic substances used. In this post, we are going to take a look specifically at fulvic acid substances, which are a smaller family that has potentially more valuable uses in the hydroponic space. We will start by discussing what differentiates fulvic and humic acids and what the current peer-reviewed evidence around fulvic acids tells us.

Sadly, not many publications have tackled the use of fulvic acid in crops specifically. One of the few examples of reviews that touch on the matter is this paper, which covers most of the literature around fulvic acids before 2014. I also did a literature review myself, trying to find articles in which the fulvic acid source, application type and rate, and the results against a control without fulvic acid were clearly explained. The table below shows you the results of my search, I was able to find 10 papers overall, with a mix of root and foliar applications of fulvic acid, with a range of application rates and plant species. Almost all of these papers found positive results from the use of fulvic acid, except two papers that found either no effect or mixed results from their use.

The effects seem to be quite positive overall, with increases in yield, quality, and flower numbers across the board. The studies above that investigated nutrient transport also showed substantial benefits when root applications of fulvic acid were used. Plants grown in a Hoagland solution showed better nutrient transport when fulvic acid substances were used in the nutrient solution. This is possibly both due to their ability to chelate micronutrients and their ability to provide an additional pH buffer at the region of interest in hydroponics (5.5-6.5). This study, shows how fulvic acid substances can have pKa values in this precise region, although their still relatively large molar mass implies that they will contribute marginally to buffering capacity, especially if used only in <100 ppm concentrations.

It is however important to note that fulvic acids do have negative effects when used in excess, reason why their application rates need to be carefully controlled. Using too much can lead to drops in yields and quality along with slower growth. If you want to start using them, it is, therefore, wise to start at the lower range of the application rates shown above and climb up as you gauge the effects. It is also important to note that – as humic acids – different sources of fulvic acid might have different effects, as the actual molecules that make up the substance will change.

A big advantage of the use of fulvic acids in hydroponics is also that their solubility is quite high, so the risk of clogging or damaging equipment is low. This is a significant advantage over humic acids, which have lower solubility and can cause problems because of this in hydroponics culture, especially if there are drops in the pH. In hydroponics, fulvic acids can also lead to additional solution stability, especially in recirculating systems, where the destruction of heavy metal chelates as a function of time can become a bigger risk.

All in all, fulvic acids represent a relatively cheap addition to a hydroponic regime that has limited risk and a lot of potential upsides. Literature research shows us that low rate applications, if anything, might just have no effect, so the risk of damage to a hydroponic crop by trying fulvic acid applications is low. The synergistic effects shown by fulvic acid are also interesting since this means that they might make other additives you are currently using even more potent. When looking for fulvic acids, make sure you check for high solubility, solubility in low and high pH, and a source that matches the sources used in the literature results you’re interested in reproducing.