Is OceanGrown Fertilizer a Scam ? A Scientist’s Point of View

Science in Hydroponics > OceanGrow > Is OceanGrown Fertilizer a Scam ? A Scientist’s Point of View

In recent days I was contacted by a person who wanted to start selling the OceanGrow fertilizer who asked me to be the head of a research team to do scientific tests to evaluate if there is actually any value behind the OceanGrown fertilizer. After going through its webpage and doing and in-depth review of scientific literature on the subject I have acquired quite a lot of information about this fertilizer and its real potential as an organic solution and replacement for traditional fertilizers. On today’s post I want to discuss this fertilizer, which is supposed to be used on either soil or hydroponics, and give you my opinion as a scientist and what the currently available scientific evidence tells us about the effectiveness of this and similar products.
The OceanGrown fertilizer is nothing more than sea water which has been concentrated – probably using reverse osmosis – to give us a fertilizer that is supposed to replenish the minerals lost in soil and provide plants with 90 elements for their adequate and healthy growth. The website has an overall pseudo scientific tone with absolutely no reliable scientific evidence shown and basing all conclusion on “facts” that have not been scientifically proved. For example, the website says that elements in sea water are in “ideal concentrations” when this has no scientific basis, no one has proved that certain nutrient concentrations are ideal and no study has actually been conducted to see if the concentrations of micro nutrients on sea water are ideal for plant growth.
– 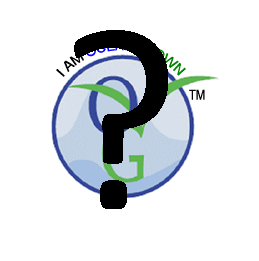 –
Besides this, the people at OceanGrown assume that having all elements is “good” when actually even small amounts of mercury, lead, cadmium and other heavy metals can cause chronic effects when eaten continuously. They also show evidence that the elements are absorbed by the plants fed with their product something which is absolutely obvious given the fact that ionic species are absorbed by plants since their absorption mechanisms are not extremely controlled. Does the fact that a plant absorb aluminium or gold prove that the element is essential ? No, plants absorb ionic species without too much selectivity and when you feed a plant with a solution containing non-essential nutrients the plant is bound to absorb some. This effect is widely studied in science to remove heavy metal contamination and other ionic species using plants. There is no scientific evidence that points out that any elements besides C, H, O, N, P, K, Mg, Ca, Fe, Zn, Mn, Cl, Mo, B, S and Cu are essential to plant life or needed for the adequate and healthy development of plants.

The “essays” carried out to test this fertilizer’s efficiency also lack any use of the scientific method and fail to discard very plausible causes of this fertilizer’s sometimes positive effects. For example, increases in conductivity have been found to improve certain crops in hydroponic culture so the effect of this fertilizer might only be of ionic strength increasing which might help certain crops achieve better results. It is also possible that some micro nutrients – which are depleted in soil – might be added by this fertilizer but in the long term the excessive amount of sodium and chloride ions contained in sea water is bound to cause problems. The evidence that increased sodium concentrations in hydroponic crops causes damage to plants is a well established fact in the scientific community.

The people at OceanGrown seem to be trying to sell a fertilizer with extremely limited and lack of adequately confirmed evidence based on a series of pseudo scientific facts that are not adequately backed up by our current understanding of how plants work. This fertilizer might be able to work to some extent but the reasons why it does or if it causes any long term problems and damage to soil needs to be addressed to confirm the viability of this solution. Right now there is not even one single study published on a peer-reviewed scientific journal that talks about the effectiveness of OceanGrown or true scientific essays done with this solution. It seems evident to me that similar effects as the ones shown by this fertilizer might be achieved by a simple application of an adequately formulated micro-nutrient mix and that positive effects from all the trace elements found in sea water might be limited or undetectable at best.

In conclusion, I think that the OceanGrown fertilizer is a big business based on selling sea water that is currently based in pseudo scientific results. There is no evidence that plants need or benefit from 90 different elements and there is also no evidence that shows that this fertilizer has no long term ill effects due to the excessive sodium enrichment of soil. If this people were truly serious about proving that their fertilizer works in a unique way based on all of its trace elements they would have made adequate scientific trials years ago with reputable scientists from world renowned universities. My advice if you are thinking about using this solution would be to use what we know and have determined works for plants. The application of adequately formulated micro nutrient blends and full fertilizers is a much better solution than a pseudo scientific mess with no adequate scientific evidence of unique results.

Of course I am a scientist and as soon as there is a peer reviewed publication on a well-respected journal done by an unbiased researcher I will be the first to reexamine my conclusions and use this fertilizer. Meanwhile OceanGrow remains unproved and their claims or at least their explanations, remain pseudo scientific.