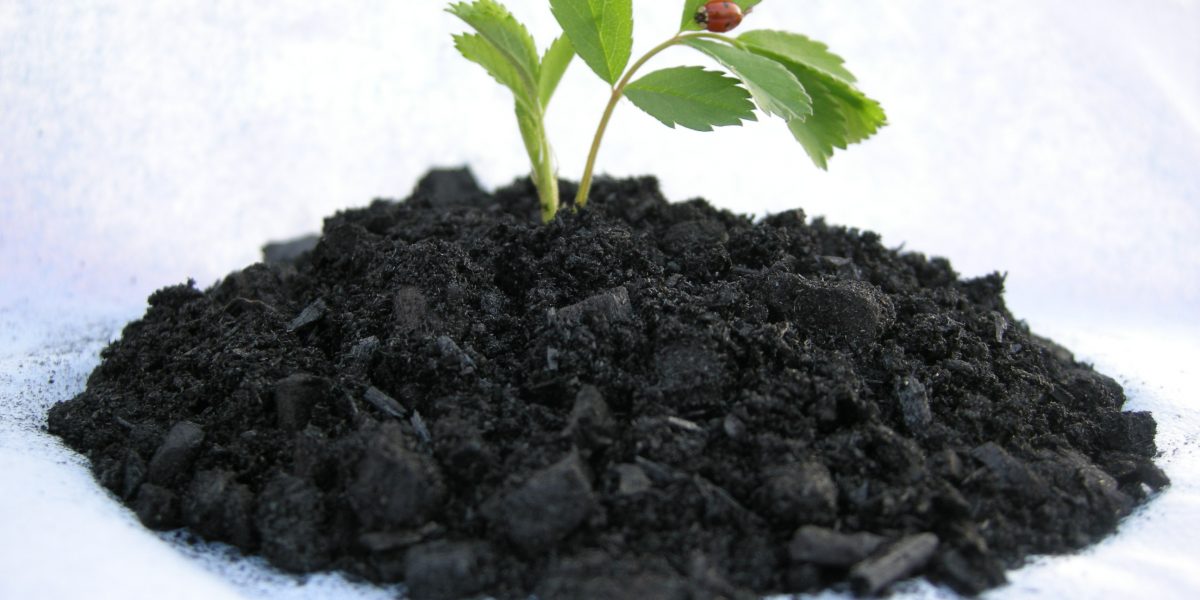 The media used in hydroponic crops can vary widely around the world depending on what’s cheaper and more easily available in large quantities. In the United States, coco coir, peat moss and perlite tend to be favored while other regions might prefer media like rice husk, sand or vermiculite. However there is an entire type of media that is available in significant quantities almost any place where plants are grown, that is rarely used: biochars. These are produced from the controlled burning of plant materials and offer a myriad of potential benefits not commonly available with the other media types. Furthermore, biochar – combined with other media – can actually provide significantly better results in hydroponic culture. In this post I’ll talk about biochars, their properties and walk you through some of the evidence showing how they can substantially improve yields.

First let’s talk about the properties of biochars. Since they are the result of burning plant material, their chemical and physical properties will be inherited from the parent plant material and the nature of the burning process (temperature, speed, oxygen availability, etc). The table below shows the properties of biochars from 3 different plant sources coming from the exact same process. Although all of the biochars are basic, their cation exchance capacity (CEC) and EC values can vary very substantially. The CEC is substantially lower than that of a media like coco coir (which can be in the 40-60 range in terms of cmol/kg) but the density of the media is much higher with biochar around 80-320kg/m^3 while coir is way less dense at only 80-100 kg/m^3. This means that the volumetric exchange capacity of biochar is around the same as coir but can be much larger depending on the specific source of biochar. Note that the initial pH of biochar can vary very widely, from around 5 to 10, depending on the temperature used to make the biochar (see second image below). These two tables show you how the properties can vary both due to the process and the plant material used.

Biochar is not commonly used by itself but as an amendment to improve the properties of other media. Evidence across several different plant studies shows that biochar amendments systemically increase the yields in hydroponic crops. The first image below – taken from a study on cherry tomatoes – shows how a 5% amendment of biochar in coco peat was able to significantly increase the diameter of fruits produced. The second image – from a study on peppers – shows how the addition of the same 5% amendment of a “nutrient poor” biochar in coco coir produced very substantial increases in biomass over controls. There are several other studies that show improvements due to the use of biochar amendments, either under normal or stressed conditions (2, 3, 4, 5, 6, 7). From the evidence it seems to be clear that biochars can provide substantial benefits to hydroponic crop production. This is further cemented in this review about the use of biochar in container plants, which goes into additional evidence about the matter (plus some problems I’ll also address later in this article).

But why does biochar work? There are currently three hypothesis that could explain the benefits available from biochar. The first is that it has a higher affinity for plant root exudates and other toxic substances that harm plant growth. By removing these substances, the biochar that is within the media ensures that the roots are always in a less toxic environment. The second hypothesis is that biochar provides a more welcoming environment for beneficial microbes, because of its chemical nature and pore structure, that facilitates the creation of beneficial symbioses that are harder to maintain in other media. The third is that the biochar has higher affinity for some nutrients, particularly nitrogen, enabling the plants to maintain a steadier supply of nutrients between irrigation cycles (this chemical behavior is well documented, see here). Potentially getting these three benefits makes biochar one of the most obvious improvements to hydroponic crops. A potential 20%+ improvement in yields could be realized in this case, if results from the literature translate into your crop.

However there are also problems with the use of biochar in hydroponics that should not be overlooked. In particular there is the problem of consistency and quality of chemical and physical properties. Since biochar properties depend so much on the creation process and sourcing material, it is quite easy to get a biochar that is detrimental instead of beneficial to plant growth. The second problem is the potential availability of toxic substances within the biochar that might harm your plants or make your products heavily toxic. Biochar source materials can be contaminated with heavy metals and toxic organic compounds can be generated within the high temperature process. It is therefore vital to ensure that the biochar you use contains neither of these issues.

Ensuring that the EC, pH , CEC and mineral properties of the biochar are aligned with the ones that provide the most benefit in the literature is a good place to start but ongoing quality controls are also necessary to ensure that the supplier has not changed the source or chemical process in a way that’s detrimental. Producing your own biochar – since the equipment to do so is fairly simple – can also be a good possibility, given that a lot of plant material can also be wasted in crop cycles and this material could then be recycled as media for the next crop.