How to correctly prepare dilutions from concentrated solutions in hydroponics 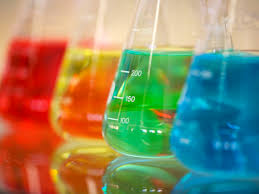 Accurately preparing dilutions of concentrated nutrients is no trivial task. For example, if you want to prepare a 10 gallon solution at “2mL per gallon” of a hydroponic nutrient, ensuring that you’re adding 20mL and actually having a final volume of 10 gallons is not trivial, given the inherent errors in the measurement of both the transference volume and the final volume. If you’re using non-standardized methods to measure volume (buckets, gallon jugs or “tank markings” to measure volumes), you could be off by +/-20% the volume you want. However you can accurately prepare dilutions at whatever volume you want by first measuring the conductivity of an accurately prepared solution at a small scale. A solution prepared using calibrated volumetric material.