The stability of metal chelates

Science in Hydroponics > Article > The stability of metal chelates 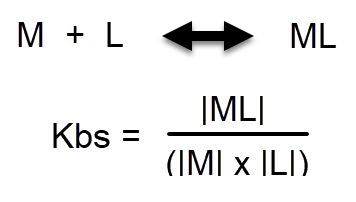 When you get introduced to hydroponics and nutrient solution chemistry, one of the first concepts that you learn is chelation. A chelate is a molecule formed by a metallic ion and a chelating agent – which is also referred to as a ligand – where the metal ion is wrapped around very tightly by this ligand. The job of the chelating agent is to keep the heavy metal ion shielded from the environment, allowing it to exist in solution without forming potentially insoluble compounds that will take it out of the nutrient solution. However, these chelates can be unstable or too stable, both of which can hinder the availability of the nutrient to plants. In this post, we’re going to talk about what determines the stability of a metal chelate and how you can know if a given chelate will be able to fulfill its job in a hydroponic environment.

Since chelates are formed by the reaction of a metallic ion – most commonly a cation – which a ligand, a chemical equilibrium is established between the free metallic ion, the ligand, and the chelate. Every second, there are lots of chelate molecules being formed from reactions between metallic ions and ligands, and free metallic ions and ligands are being formed from the disassembly of the chelate. The process is in equilibrium when the rates of assembly and disassembly are the same. The equilibrium constant – also known as the stability constant or Kb – tells us how displaced this equilibrium is towards the product (in this case the chelate). When the Kb value is large, the concentration of the chelate at equilibrium is very large, while when Kb is small, the opposite is true. Since these numbers are usually very large for chelates, we express them as pKb which is -Log(Kb). These constants depend on temperature, but their values are independent of other chemical reactions. However, things like pH can affect the concentration of ligand or metal cation, which can affect the concentration of chelate, since the equilibrium constant’s value remains the same.

The table above shows you the pKb values for different metal ions and different ligands or chelating agents. Since the pKb scale is logarithmic, a difference of 1 indicates an order of magnitude higher stability. You can also find additional references to other stability constants in this link. These constants allow us to predict which chelates will be formed if different metallic cations and ligands are present. Let’s say we have a solution that contains Ca2+ and Fe3+ and we add a small amount of sodium citrate, what will happen? Since the constant for Ca2+ is 3.5 but that of Fe3+ is 11.85, citrate will chelate around 1 billion Fe3+ ions for every Ca2+ ion it chelates. In practice, this means that all the Fe3+ that can be chelated will be, while Ca2+ will remain as a free metallic ion. However, if we have Fe2+ instead of Fe3+ then Fe2+ has a constant of only 3.2, which means that one molecule of Fe2+ will be chelated for every 3 of Ca2+, meaning we will have around 25% of all the chelate formed as a chelate formed by Fe2+ and 75% as a chelate formed by Ca2+.

We can see in this manner how chelating only one heavy metal can lead to problems. Imagine that you purchase Iron EDTA and add it to your nutrient solution, but you have added Manganese from Manganese sulfate. Upon addition, the FeEDTA chelate will disassemble to generate as much Fe2+ and free EDTA as dictated by the equilibrium constant and the free EDTA will then get into equilibria with all the other heavy metals, since the constant with Mn is 13.6 and that of Fe is 14.3 the ligand will redistribute itself so that it complies with all the chemical equilibria present. This means that for every 7 Fe2+ cations that are chelated we will have around 1 Mn2+ containing chelate, so you will lose around 14% of the chelated Fe in order to chelate free Manganese. That free Fe2+ will be unstable and precipitate out, which will shift the equilibrium and cause us to lose more of the Fe chelate. This is how competing equilibria can lead to the slow but sure depletion of available cations in solution.

With the above references and charts, you should now be able to look into any chelating agent you want to use and determine how good of a choice it is for your solution and what is likely to happen once you put that chelate in. The ligand will chelate different metals in order to comply with all the equilibrium constants, so it is up to you to add enough so that all heavy metals are satisfied or add ligands whose affinity for a given ion is so high that the others are just unable to compete for it, almost regardless of their concentration.