A great trick to higher chelate stability in hydroponics 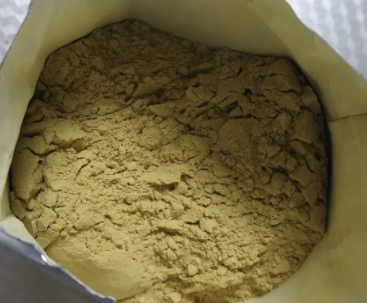 The stability of micronutrients in hydroponic solution has been studied in depth during the last 5 decades (1). The EDTA molecule was the first cheap synthetic ligand that created highly stable chelates that could be used to stabilize heavy metals in solution. After this, efforts to create more stable chelates continued, with the introduction of HEDTA, DTPA, EDDHA, and other synthetic ligands. However, the stability of iron in solution still remains a problem. This is due to the chemistry of heavy metals in solution and the issues that arise as root zone chemical conditions change in a hydroponic crop. In this post we will discuss a simple trick, to increase the stability of the cheaply available iron EDTA chelate, the most commonly used in nutrient solutions. Note, the term “heavy metal” in this post is used to refer to the transition metals used in hydroponics, mainly Fe, Zn, Mn and Cu.

The stability of chelates is dominated by three competing forces. The first is the acid/base equilibrium of the ligand. Ligands like EDTA are only able to chelate Fe when their active sites are not occupied by hydrogen ions. As the pH goes down, these sites become occupied and the EDTA-4 turns into HEDTA-3, then H2EDTA-2, H3EDTA-1, and finally H4EDTA. This process frees the heavy metal ions as the concentration of the active ligand (EDTA-4) drops to near zero values. At very acidic pH values, the Fe2+ will effectively become fully unchelated due to this effect, although this does not happen to a very large extent at the pH values we see in hydroponics.

The second effect has to do with the affinity of the ligand for the heavy metal. This is what we call the “stability” of the chelate. It is measured through the use of the equilibrium constant of the reaction of the metal with the ligand. The larger this value, the bigger the stability of the chelate will be and the less free metal we will have in solution. For more information about this, you can read this previous post, where I share a table with a lot of stability constants for different ligands and heavy metals.

The third is the precipitation of free heavy metal ions by the formation of insoluble solids. This can be quite critical, as several of the solids that can form in hydroponics, mainly hydroxides, and phosphates, have very low solubility values. These can be compared by using the equilibrium constant of the solid with the ions in solution, what we call the Ksp in chemistry. The smaller the Ksp, the more insoluble a substance is. When these solids precipitate they take ions away from the solution and these are regenerated by the chelated heavy metal equilibrium reaction. This depletes the heavy metal slowly from the solution.

Since free heavy metal ions are the ones that can precipitate and become unavailable, what we desire is to lower the amount of free heavy metal ions in solution and increase the percent of chelated ions. Whenever you put a chelated heavy metal source in solution, like Na2FeEDTA, the chelate goes into equilibrium with its unchelated form and all the acid/base species of the ligand’s equilibrium reactions. This means that a percentage of the Fe becomes effectively unchelated. In a solution where 1ppm of Fe from Na2FeEDTA is added, P is added at 30ppm and the pH is set to 6, around 0.38% of the Fe will be unchelated.

As the pH increases the amount of free Fe actually decreases – as the acid/base equilibrium of the ligand shifts towards the base forms – but the concentration of other ions that can precipitate really insoluble salts, like phosphate or hydroxide, increases dramatically. At pH values above 7, even a small fraction of free Fe can lead to precipitation of some Fe salts. This is why iron EDTA chelates are not considered to be stable in basic pH, not because the chelate itself is unstable, but because there are even more stable Fe solids that can form and precipitate out the Fe.

A simple trick to alleviate the issue

Traditionally, the issue of having unchelated heavy metals has been approached by creating stronger chelates. DTPA, which has much higher stability constants, is able to generate much lower amounts of Fe, which leads to lower precipitation. The equilibrium constant with some isomers of EDDHA is actually so high, that no Fe solids are formed across almost the entire pH window in water. However, these chelates are more expensive, and – in the case of EDDHA – the presence of several different isomers complicates the situation.

A very simple trick to partially solve the problem is to add an excess of chelating agent into the hydroponic solution. If you’re using EDTA, adding Na2H2EDTA on top of the heavy metal chelates can greatly help reduce the amount of free heavy metal in solution. This EDTA will also not remain unbound, as it will quickly chelate Mg and Ca in solution. These Ca and Mg chelates, will act as a reserve of ligand to ensure that almost all heavy metal ions are chelated. A 20% molar excess can generate dramatic results in the case of Fe2+, as shown in the image above. This 20% “reserve” ligand, reduces the amount of free Fe by a factor of 10-100x, depending on the pH. Note that although the above slows down any precipitation reactions – as little free Fe is available – the hydroxide and phosphate ions will still win if the pH increases enough, as the stability constant of the Fe EDTA reaction remains the same.

To give a 20% excess of EDTA in molar terms, add 1.2mg/L of disodium EDTA to the final nutrient solution for every 1ppm of Fe. You can also add a 100% molar excess with no ill effects on plants, which will provide a more pronounced effect.

Adding a chelated heavy metal form to a hydroponic solution does not ensure that the metal will always be chelated. The chemical equilibria that exist with the free form of the heavy metal always happen and will always generate some percentage of free, unchelated metal. By adding an excess of the chelating agent, in this case, Na2H2EDTA, we can strongly displace the equilibrium and reduce the amount of free heavy metal present. The lower amount of heavy metal increases the pH stability window of the chelate and reduces the precipitation issues that happen as a consequence of free heavy metal ions being present in solution.

Do you add excess chelating agent to your nutrient solutions? Let us know about your experience in the comments!