Aquaponics vs hydroponics, which is best and why?

Science in Hydroponics > Uncategorized > Aquaponics vs hydroponics, which is best and why? 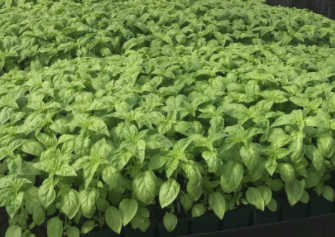 In hydroponic culture, plants are grown with the help of a nutrient solution that contains all the substances required for plant growth. In these systems, the nutrient solution is prepared using externally sourced chemicals, which can be of a synthetic or natural origin. On the other hand, in aquaponics, a plant growing system is coupled with an aquaculture system – a system that raises fish – so that the plants feed on the waste coming from the fish. In theory, aquaponics offers the benefits of a simplified, closed system with an additional upside – the ability to produce fish – while a hydroponic system requires a lot of additional and more complicated inputs. Through this post, we will use the current peer-reviewed literature to take a deep look into aquaponics vs hydroponics, what are the advantages and disadvantages and why one might be better than the other. A lot of the information below has been taken from this 2019 review on aquaponics (9).

An aquaponic system might seem simpler than a hydroponic system. After all, it is all about feeding fish regular fish food and then feeding the waste products to plants. However, it is actually not that simple, since there are substantial differences between the waste products of fish and the nutritional needs of plants. One of the most critical ones is nitrogen.

This element is excreted by fish in its ammoniacal form but plants require nitrogen in its nitrate form. This means that you need to have a biofilter system containing bacteria that can turn one into the other. Furthermore, the chemical conditions ideal for nitrification are basic, while plants prefer solutions that are slightly acidic. This mismatch in the optimal conditions of one system compared to the other makes the management of an aquaponic system substantially more complicated than the management of a traditional hydroponic system (1).

Furthermore, plant macronutrients like Potassium and Calcium and micronutrients like Iron are often present at low levels in aquaponic solutions. Plants that have higher demands for these elements, such as large flowering plants or some herbs, might have important deficiencies and issues when grown in an aquaponic system (2, 3). This means that supplementation is often required in order to achieve success with these crops. Achieving ideal supplementation rates often requires chemical analysis in order to properly gauge the amounts of these elements that are required.

Additionally, aquaponic systems require additional area for fish and a lot of additional labor to manage the fish, the biofilters, and other sections of the facility that would not exist under a purely hydroponic paradigm. This article (16), better describes some of the economic and practical tradeoffs in terms of complexity when going from a hydroponic to an aquaponic facility.

Given the above, it could be easy to think that yields and quality of products coming from aquaponics would be worse. However, the evidence points to the contrary. Multiple studies looking at aquaponics vs hydroponics quality and yields have shown that aquaponics products can be equivalent or often superior to those produced in hydroponic environments (4, 5, 6, 7, 8). A variety of biological and chemical factors present in the aquaponic solution could offer bio-stimulating effects that are not found in traditional hydroponic solutions. For a detailed meta-analysis gathering data from a lot of different articles on aquaponics vs hydroponics see here (14).

Traditionally, Nutrient Film Technique (NFT) systems have been preferred in commercial hydroponic culture due to their high yield and effectiveness. However, aquaponic systems do better with setups that can handle large levels of particulates, due to their presence in the aquaponic nutrient solution. For this reason, deep water culture (DWC) is the preferred method for growing in commercial hydroponic systems. This is also because dark leafy vegetables are the most commonly grown products in aquaponic setups and DWC setups are particularly well suited to grow this type of plants.

Due to the poor nutritional characteristics of the aquaponic solutions for flowering plants, most aquaponic growers have resorted to the growing of leafy greens. A 2017 study (10) showed that profits from growing basil were more than double of those attained by growing Okra, due to the fact that basil could be grown with little additional supplementation while Okra required significant modification of the aquaponic solution to fit the plants’ needs.

Due to the fact that large flowering plants require large amounts of mineral supplementation in order to be grown successfully in aquaponics, they are seldom grown in aquaponics setups. Since leafy greens eliminate the need for such supplementation, can be grown faster, and suffer from substantially less pest pressure, it is a no-brainer in most cases to grow leafy greens instead of a crop like tomatoes or peppers. However, high-value crops like cannabis might be attractive for aquaponics setups (10, 11).

Aquaponics often require economies of scale to become viable. The smallest scale aquaponic setups, like those proposed by FAO models, can offer food production capabilities to small groups of people, but suffer from a lack of economic viability when the cost of labor is taken into account (12). It is, therefore, the case that, to be as profitable as hydroponics, aquaponic facilities need to be implemented at a relatively large scale from the start, which limits their viability when compared with hydroponic setups that can offer profitability at lower scales. As a matter of fact, this 2015 study (15) showed that most aquaponic farms were implemented at relatively small scales and had therefore low profitability values.

Nonetheless, aquaponics does offer a much more sustainable way to produce food relative to conventional hydroponic facilities and does offer economic advantages, especially in regions where low water and fertilizer usage are a priority (14).

Which one is best then?

It depends on what your priorities are. If you want to build a setup with few uncertainties that can deliver the most profit at the smallest scale, then hydroponics is the way to go. Aquaponic setups have additional complexities, uncertainties, needs of scale, and limitations that hydroponic crops do not have. Building a hydroponic commercial setup is a tried-and-tested process. Hydroponics offers predictable yields and quality for a wide variety of plant products. There is also a wide industry of people who can help you achieve this, often with turn-key solutions for particular plant species and climates.

On the other hand, if you want to build a setup that is highly sustainable, has as little impact as possible on the environment, has very low fertilizer and water use and can deliver the same or better quality as a hydroponic setup, then aquaponics is the road for you. Aquaponics has significantly lower impact – as it reduces the impact of both plant growing and fish raising – and can deliver adequate economic returns if the correct fish and plant species are chosen.

In the end, it is a matter of choosing which things are most important for you and most adequate for the circumstances you will be growing in. Sometimes, limited fertilizer and water availability, coupled with higher demand for fish, might actually make an aquaponic setup the optimal economic choice versus a traditional hydroponic setup. However, most of the time a purely economic analysis would give the edge to a hydroponic facility.

If you are considering building an aquaponic system, a decoupled system that produces Tilapia and a deep water culture system producing dark leafy greens seems to be the most popular choice among commercial facilities.

Which do you think is better, aquaponics or hydroponics?